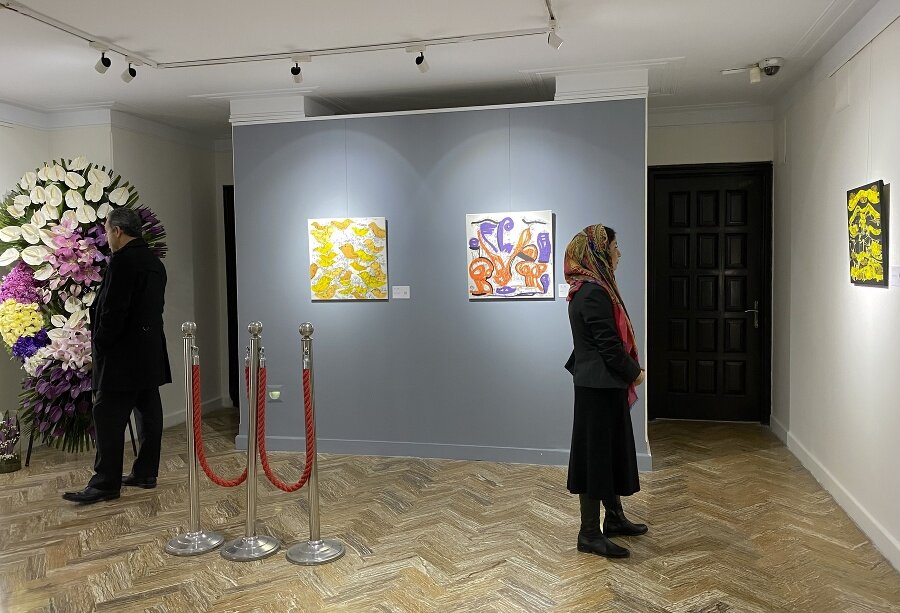 Speaking at the ceremony, Bakhti expressed his hope that the exhibition would pave the way for an interaction between artists from the ECO region and other artists from around the world.

In his brief speech, Ballek thanked the ECO Cultural Institute for organizing the exhibition and said that the arts foster closer relations between nations, deepening their mutual understanding.

He also noted that the art of Brase represents the rich cultural heritage of his homeland.

For his part, Brase also said that national borders do not make sense in the art world and added that the paintings on display at the exhibition represent his love of nature.

Brase studied at the Academy of Fine Arts in Banská Bystrica. Its artistic style is characterized by strong curves of very contrasting colors.

The Museum of Art – SUPEC Shanghai in China has hung one of his works as part of the permanent collection.

Private collections in many countries around the world have many of his works.

Brase is the founder of several projects at the DE Galerie in Den Haag, the Netherlands and at the Artgogo Gallery in Shanghai.

Its exhibition at the ECO Cultural Institute (ECI) will run until December 22.

The institute, which is affiliated with the Organization for Economic Cooperation (ECO), aims to promote the understanding and preservation of the rich cultural heritage of its members through joint projects in the field of media, literature, l art, philosophy, sport and education.

Founded in 1985 in Tehran by the Iranian, Pakistani and Turkish leaders, the ECO is an Asian political and economic intergovernmental organization.

Afghanistan, Azerbaijan, Kazakhstan, Kyrgyzstan, Tajikistan, Turkmenistan and Uzbekistan are other member states of the organization.

Photo: Art enthusiasts visit an exhibition of paintings by Luka Brase at the ECO Cultural Institute in Tehran.