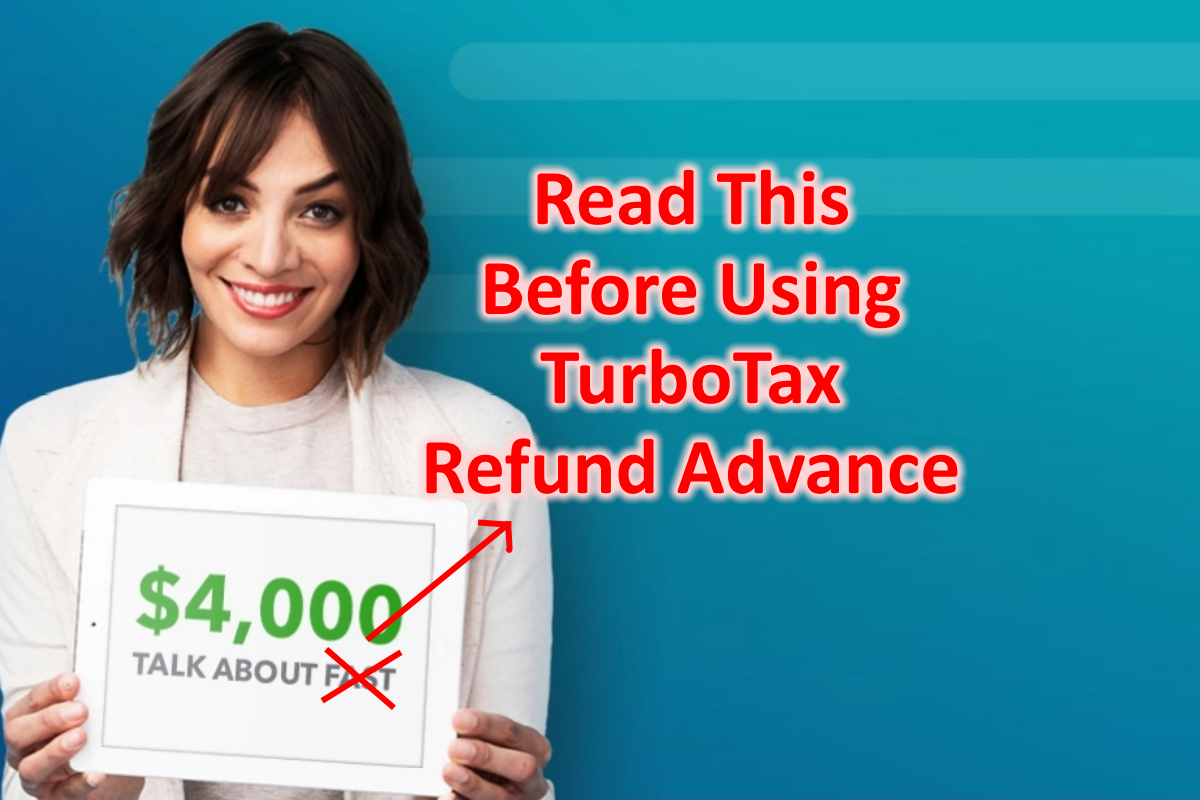 If you’re like me and millions of other Americans whose finances have been negatively affected by the Coronavirus, your tax refund can’t come fast enough.

Unfortunately, if you used Turbo Tax and opted for the Credit Karma cash advance option, it may take some time to see it!

Although they are quick to give you a cash advance against your refund (up to $4,000), it can be a nightmare to access.

Let me explain: when you opt for the cash advance via Credit Karma, you also agree that your refund will be deposited into a Credit Karma spending account.

This is where the problem lies.

Credit Karma’s banking and customer service is appalling, leaving me and others unable to access available funds for hours or even days!

This year, Turbo Tax has partnered with Credit Karma, allowing filers to quickly access a portion of their refund through a cash advance. The advance comes from your refund and is deducted, along with the turbo tax fee, when your refund is issued.

All you need to do is sign up for a Credit Karma spending account. Turbo Tax will direct you to Credit Karma when you choose this option. Signing up is quick and easy and you get your approval instantly in most cases.

If approved, your advance will be available within 48 hours and your refund will be deposited once released by the IRS,

When I submitted my case, I was approved immediately and my $3,000 advance was available the next day. While I waited for my Credit Karma debit card, I was able to access my funds in several ways. I could use my Google Pay (Credit Karma provides you with a virtual card to use on Google Pay, Apple pay, etc.), or I could transfer the funds to my PNC bank account.

Why it does not work

For the advance, I transferred half of the money to my bank and left the other half to use with the virtual card. The transfer took 2 working days and went smoothly. The Google Pay option was a little rockier. Not all places accept Google Pay, which limits where I can shop. This was especially true for online purchases.

I have spoken to a few other consumers who have opted for the Credit Karma option and many have had the same issues.

One woman, Justine, a single mother of 2 from Pennsylvania, told me that her card had been declined several times at the supermarket and she had to give up shopping, leaving her humiliated and worried that she could not feed her children .

Luckily for her, she had a good friend who lent her money until she could transfer her money. Not everyone is so lucky!

As for me, as inconvenient as these setbacks were, they were nothing compared to what happened when I received my refund.

My refund was deposited on a Thursday morning. At the time, I had my Credit Karma debit card, so I expected things to be easier, but damn it, I was wrong!

I did some small shopping online and used Venmo to send money to my sister in the morning. That afternoon I went to withdraw some money and couldn’t.

I contacted Credit Karma and after a 30 minute wait an agent explained that his Visa debit card company was temporarily restricting usage to ensure the withdrawal was not fraudulent. They removed the restriction and I attempted withdrawal again, and again I was denied.

As I waited on hold, once again I did some research and realized there was a daily limit for withdrawals and what they call near-cash transactions (like Venmo or Zelle). Too bad the representative, Shelly, was not able to confirm this information. She told me she saw there was a daily limit, but she wasn’t sure if that was the issue or if Venmo was a cash-like transaction (I later found out that this was the case).

I decided that maybe I would know more than them and would wait until morning to trade.

The next morning, my nightmare continued. I woke up and went to pay my phone bill: transaction declined. Once again I called customer service and was told my card was restricted again! And of course, they didn’t know why. Rhivka informed me that she would contact the card issuer again and have it lifted.

An hour later I couldn’t pay my bill or withdraw money. I called back and this time the rep, Frankel, put me on the line with the card issuer. They lifted the restriction and told me to wait 15 minutes to use the card.

I waited 45 minutes and went to the bank to withdraw cash. Surely it would work now…

And I was refused again.

Beyond frustration, I tried an online purchase – declined.

I even tried to make an Amazon purchase using my Credit Karma bank account information instead of the debit card – declined.

I picked up the phone again and things went from bad to worse. After another 45 minute wait I was told that my card had no restrictions and that I should contact Venmo/Amazon/and wherever I was denied because the problem must be them.

I explained that every rejected purchase had an error message stating that my bank (Credit Karma) had declined the transaction. Obviously the problem was with them and needed to be investigated.

To my amazement, I was informed that they couldn’t do this because they had “limited information and access” regarding my account and transactions.

Wait, the bank has limited information and access to my bank account? ! I asked for a supervisor and was transferred to Abdul, who recited the same limited access spiel and said there was not much more he could do. He suggested I try using my card as credit for purchases and hung up.

At a loss for words, I went back to reading on my account again. That’s when I noticed that the “daily limit” is actually a 24-hour limit.

So I waited 24 hours after my first transaction and tried to pay my bill – SUCCESS!

However, I still couldn’t send money through Venmo or withdraw money. It wasn’t until 24 hours later on Saturday that I was able to withdraw money or send it. During this time I spoke to 3 other reps and no one had a clear answer.

And I’m not alone. Several consumers I spoke with reported problems withdrawing money for an extended period of time or being denied transactions. Additionally, they reported that Credit Karma’s customer service was appalling. The reps were not knowledgeable and worse they were rude.

I contacted Credit Karma for a quote for this item, but they declined.

It’s ironic that a company known for fixing credit and managing money is so inept and out of control when it comes to banking. There are obvious problems with the system, which are compounded by the terrible customer service. The fact is, once you run into a problem, there’s little to no help solving it.

The idea that they can’t customer accounts would be laughable if it weren’t so sad. They do a huge disservice to those who use them, leaving already struggling Americans who depend on their yields worse off than they are.

Save yourself the headache. If you haven’t filed your taxes, avoid using Credit Karma!