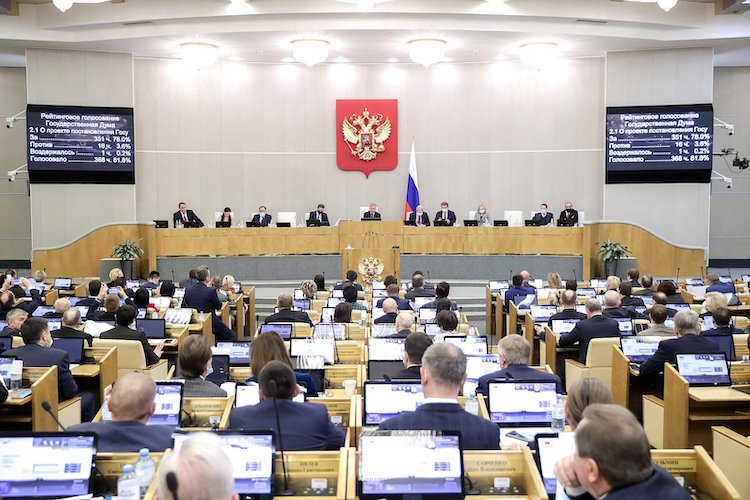 Is the Kremlin ready to reject the Minsk agreements?

Following the three-month escalation along the Ukrainian border, the Kremlin must resort to unpopular decisions – such as recognizing the self-proclaimed people’s republics of Donetsk and Luhansk – in order to save face both in front of its own citizens and before the collective West. Despite colossal pressure, Kiev refuses to honor the Minsk Accords on Moscow’s terms, which means blackmail from the Kremlin can lead to real military action. However, a further escalation is unlikely in the coming months: most likely, the Kremlin will continue to destabilize the situation inside Ukraine.

Editor’s Note: On February 21, as this article was prepared for publication, on his TV show address to the Russian public, Vladimir Putin announcement Russian recognition of the self-proclaimed people’s republics of Donetsk and Lugansk.

On February 15, the Russian State Duma approved a draft appeal to President Vladimir Putin, submitted by the deputies of the Communist Party, demanding the recognition of the independence of the self-proclaimed People’s Republics of Donetsk and Lugansk (DNR and LNR). The Russian president would have taken the call from the Duma”into accountand noted that the implementation of the Minsk agreements (“Minsk-2”, signed on February 12, 2015) would be the main task to solve the Ukrainian crisis.

Despite the fact that the Minsk agreements were signed seven years ago by representatives of Germany, France, Ukraine and Russia (the so-called “Normandy format”), the main parties – Kyiv and Moscow – remain fundamentally divided on the content of the document. Implementation. Moreover, Russia accuses Ukraine of not respecting the agreements. For example, on January 26, the day after eight-hour negotiations between the political councils of the leaders of the four countries in Paris, the head of the Russian delegation, Dimitri Kozak, noted that “Ukraine continues to invent various excuses to avoid assuming its responsibilities even on this issue [the ceasefire mechanism], which is unrelated to anything. The filming just has to stop. In turn, Head of the Cabinet of the President of Ukraine Andrei Yermak underline that the participants in the Paris negotiations supported the ceasefire regime, which should operate unconditionally, noting that “the very fact of the re-establishment of the Normandy format is a positive signal…I believe it is resuscitation of the Normandy format”.

A previous such meeting was last held in December 2019 by the leaders of the “Normandy Four”—Volodymyr Zelensky, Angela Merkel, Emmanuel Macronand Vladimir Poutine. At the time, the parties succeeded in make progress on a number of issues, including the exchange of prisoners of war between Russia and Ukraine (“all for all”), the introduction of an unlimited ceasefire, the creation of three new regions for the withdrawal of military forces in eastern Ukraine, the development of demining plans and the extension of the mandate of the mission of the Organization for Security and Cooperation in Europe (OSCE) in the Donbass.

However, no significant breakthrough has been achieved on the key issues. This primarily refers to the comprehensive ceasefire in the Donbass from July 27, 2020, which was agree on by representatives of the Trilateral Contact Group on Ukraine (Ukraine, Russia and OSCE). The so-called “silence regime” provisioned the prohibition of the use of fire, in particular sniper fire, the use of offensive and intelligence/diversionary activities, as well as the use of any type of aeronautical devices along the line of separation. However, the interdictions were ineffective and casualties among civilians and soldiers continued to mount. According to various data sourcesover the past two years, 130 Ukrainian soldiers lost their lives in the Donbass and more than 600 have been hurt.

No withdrawal of forces has taken place within the framework of the so-called Steinmeier formula— one of the key elements of the Minsk agreements, which provided for a special status for the self-proclaimed DNR and LNR following elections in these territories. A partial withdrawal occurred in October 2019 (only along several sections of the separation line), but this was accompanied by offenses of the “regime of silence” and a litany of mutual accusations. Within weeks, as had happened many times before, the process collapsed. Moreover, the firing never ceased even in the sections where the withdrawal had been carried out.

The legitimacy of the Minsk agreements is seen with skepticism on the part of the Ukrainian administration and its public, given that some of the provisions are directly contrary to the Constitution of Ukraine, in particular the passage of a law of the Verkhovna Rada on the special status of the “separate territories of the Donetsk and Luhansk regions” (ORDLO), as well as the pardon and amnesty of a number of people, including pro-separatists Russians, regarding the events that took place in these territories.

From the very beginning, the key elements of the Minsk agreements exist only on paper; however, following their signing in 2015, Kyiv managed to stop large-scale military action in the Donbass and save the Ukrainian armed forces from destruction in Debaltseve, where the Russian armed forces participated on the side of the separatists.

In the past two years, the situation has been further complicated by another factor: more than 600,000 inhabitants of ORDLO has received Russian passports through a simplified procedure, which gives the Kremlin a reason to send Russian armed forces to this region under the pretext of defending Russian citizens.

It is likely that after all its slashing at the Ukrainian border over the past three months, Moscow has decided to give itself some leeway and essentially resort to blackmail from the West and Kiev with the threat of recognizing the self-proclaimed DNR and LNR. Representatives of the Ukrainian Ministry of Foreign Affairs believe such a step would mean Russia’s conscious exit from the Minsk agreements. On the other hand, a possible reintegration of the self-proclaimed republics into Ukraine on Moscow’s terms would be a suicidal move for the Kyiv authorities, as it would instantly lead cause mass protests within Ukrainian society, mainly among veterans and volunteers.

It is possible that the Kremlin decided to reject “Minsk-2” and recognize the DNR and LNR in order to save face in front of Russian citizens. However, Moscow’s refusal to honor the agreements may also mean that it is ready for further escalation, to a full-scale invasion as a last resort.

In any case, the Kremlin has clearly not given up – and probably never will – its appetite for Ukraine and will continue to shake up the situation inside the country, putting pressure on the President Volodymyr Zelensky to accept the Minsk agreements on Russian terms, which, therefore, could lead to new destabilization. To date, this scenario would be the most beneficial for Putin, as it would allow him to portray himself as a peacekeeper. At the same time, Russia’s official recognition of the DNR and the NRL will only worsen the situation and could essentially become the cause of a great war.