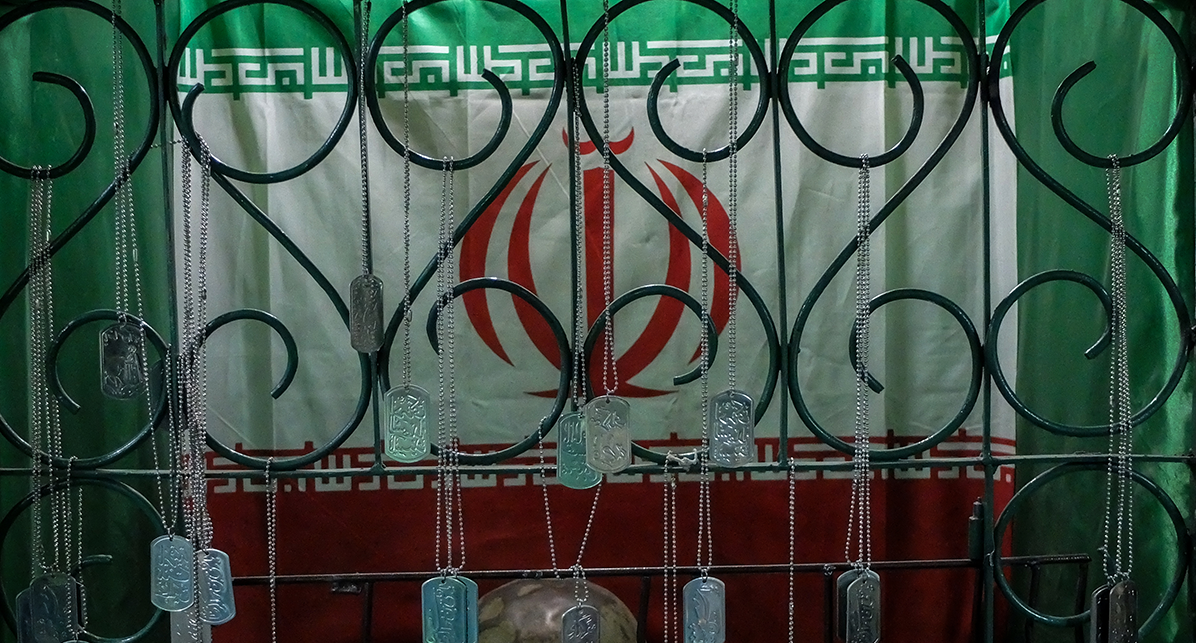 On July 20, 1987, as part of ongoing diplomatic efforts to end the Iran-Iraq War, the The United Nations Security Council (UNSC) voted unanimously in favor of resolution 598. The resolution demanded “an immediate ceasefire, the withdrawal of all forces to internationally recognized borders and the rapid exchange of prisoners of war”. Additionally, the UNSC called for the creation of a body it would determine which party was responsible for starting the conflict – a clear effort to reach out to Iran, which had for years rightly blamed the Iraqi regime for starting the war.

Saddam Hussein’s Iraqi Regime accepted the resolution, but Iran has set two preconditions. The first called for Saddam’s removal from power. Iran made the same request shortly after Iraq invaded its territory in September 1980. The second called on the UN to immediately recognize Saddam as the aggressor. Both requests had their own logic. Saddam was the aggressor – it was his decision to invade Iran that started the war – and in the years that followed his army subjected Iranian forces and even some Iranian civilians to repeated chemical attacks. Iran argued that as long as Saddam remained in power, he could still launch another attack on Iran, even if a ceasefire agreement was in place.

Although its preconditions had their own logic, Iran’s first demand, calling for Saddam’s removal from power, was impossible to meet. At that time, no foreign government or international body was willing or able to force him to resign. It was simply an impossibility.

Complicating matters further was Iran’s second precondition, which called for the UN to recognize Saddam as the aggressor, before the two sides had first reached a comprehensive ceasefire. Although not impossible, this condition was difficult to fulfill because it would have deterred Saddam from agreeing to the ceasefire. This, in turn, would have torpedoed UN efforts to start the process of ending the war, which had then been going on for seven years.

In the end, Iran’s decision to impose preconditions in July 1987 prolonged the war, and it turned out to be a very costly mistake. From February 1988, Iraq attacked Tehran for the first time with its new al-Hussein missiles. They were Scud missiles, modified by Iraqi engineers, with Soviet technical assistance. For 52 days from February, Iraq fired 118 al-Hussein missiles at Tehran, killing 422 civilians and wounding 1,579 others. Residents of the Iranian capital were petrified by the bombings and almost a quarter of them fled, causing significant damage to the country’s economy.

Iran has also become more isolated, leading to tougher weapons sanctions. Meanwhile, Iraq was receiving high-end weapons from France and the Soviet Union. This asymmetry resulted in major Iranian battlefield defeats between July 1987 and July 1988. During this period, tens of thousands of Iranian soldiers and civilians were killed and wounded, and millions of dollars in additional damage have been caused to the Iranian economy. In April 1988, Iran suffered a notable defeat when Iraq recaptured the Faw Peninsulawhich Iran had captured in February 1986. These developments, and the perception that Iran’s own leadership was not interested in ending the war, provoked a significant drop in the number of Iranians volunteering to fight.

These and other factors eventually forced Ayatollah Ruhollah Khomeini in July 1988 to abandon Iran’s preconditions and accept a ceasefirein accordance with UNSC Resolution 598. This decision was so difficult that Khomeini declared that she has been “Worse than drinking poison.” Had Iran’s supreme leader accepted the initial ceasefire offer in July 1987, he would have saved the lives of countless Iranians. He could also have negotiated with Saddam from a stronger position, as Iran still held the strategic Fao peninsula in July 1987.

Iran’s Supreme Leader Ayatollah Ali Khamenei is now repeating his predecessor’s mistake. As a precondition for Iran’s reintegration into the 2015 nuclear deal, known as the Joint Comprehensive Plan of Action (JCPOA), Khamenei imposes preconditions, and once again one of between them is impossible to fill. The precondition in question is that the Biden administration provide a guarantee that no future US president will quit the nuclear deal. Iran’s request has a logic. After all, it was the United States, under President Donald Trump, that unilaterally withdrew from the JCPOA in May 2018. Even though, according to the International Atomic Energy Agency (IAEA), the Iran had assumed its responsibilities as stated. in the case. As a result, after Biden leaves, Iran does not want another US president to break the deal like Trump did.

What makes this prerequisite impossible is the fact that the United States is a democracy. It is the prerogative of the president to decide whether or not he wants to maintain an agreement approved by his predecessor. No president can tie the hands of his successors regarding signed agreements.

And again, as in 1987, Iran is also making the mistake of adding difficult preconditions to an impossible condition for its return to the JCPOA. One of the prerequisites is the removal of the Islamic Revolutionary Guard Corps (IRGC) from the US State Department’s Foreign Terrorist Organizations (FTO) list. The Biden administration has promised to lift all nuclear-related sanctions imposed by the Trump administration, but the IRGC’s inclusion on the FTO list is unrelated to Iran’s nuclear program. Additionally, the Biden administration offered the option of removing the IRGC from the FTO list in exchange for a reciprocal approach from Iran. The options available to Iran include an agreement to continue follow-up talks on regional issues, the lifting of Tehran’s sanctions against the US central command or a commitment for the two countries not to target the other’s officials. But Iran has refused to take reciprocal actionand recently revealed Iranian plans to assassinate former Trump administration officials John Bolton and Mike Pompeo may complicate matters further.

There is also the question of the undeclared nuclear materials discovered in Iran in 2019. Despite repeated requests from the IAEA, Iran has still not provided clear answers on this matter. Khamenei’s foreign policy adviser Kamal Kharrazi publicly declared in July that Iran had the capability to manufacture nuclear weapons. It is therefore even more imperative for the EU and the US to obtain clear answers to the IAEA’s questions.

The consequences of Iran’s current strategy of insisting on preconditions will likely be the same as in 1987: Iran will become more isolated and its economy will face even greater pressure. In the meantime, Iran should not rely on Russia and China to save its economy. They have already proven to be good weather friends. Currently, Iran is forced to sell oil to China, its biggest customer, at discounted price due to discounts offered by Russia. The Russians are also undermining Iran’s steel industry by driving down prices for Iranian producers. As a result, Iran’s steel exports have fallen from $6 billion a year to almost zero. Meanwhile, despite the $400 billion 25-year strategic deal between Beijing and Tehran, China will not invest in Iran significantly as long as it remains under sanctions.

Iran’s strategy of insisting on preconditions, which is blocking talks, is also likely to turn more Iranians against the nuclear program. The people of Iran are crushed by the steady deterioration of the economy, while inflation, especially for essential foodstuffs, officially reached 90% and rents go up up to 350% in parts of Tehran. With no hope of change in sight, they are unlikely to tolerate such conditions indefinitely.

Holding on to Biden while relying on China and Russia, Ayatollah Khamenei will find that over time his hand will only weaken. Avoiding the mistake Iran made in 1987 by removing the current preconditions could save Ayatollah Khamenei and the Iranian people unnecessary suffering. Repeating this mistake could ultimately force Ayatollah Khamenei to follow in his predecessor’s footsteps and make a decision so difficult it will be “worse than drinking poison”.

Meir Javedanfar, Ph.D, is an Iranian-Israeli speaker, author, and commentator. He has taught Iranian politics at Reichman University in Israel since 2012 and is a nonresident scholar in the Middle East Institute’s Iran Program. The opinions expressed in this article are his own.

The Middle East Institute (MEI) is an independent, non-partisan, non-profit educational organization. It does not engage in advocacy and the opinions of its scholars are their own. MEI welcomes financial donations, but retains exclusive editorial control of its work and its publications reflect only the opinions of the authors. For a list of EMI donors, please click hise.