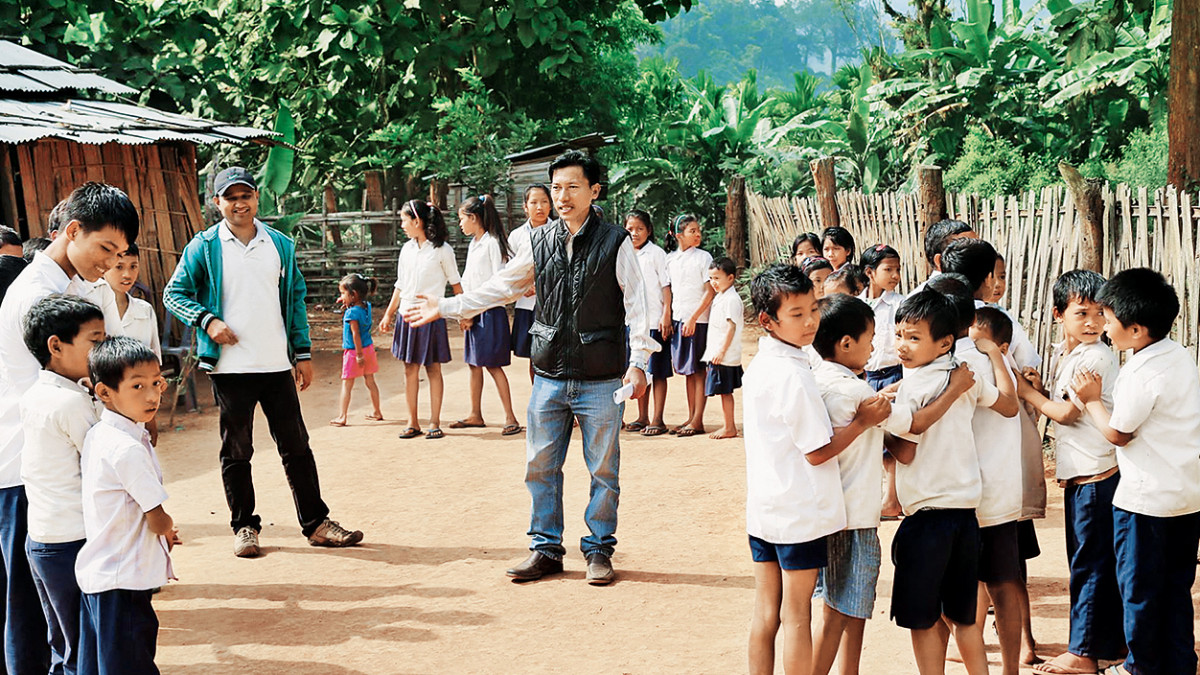 Life at 21 was simple for cheerful Uttam Teron. He was shooting the breeze with friends at a local paan shop when he wasn’t wandering the back streets of Pamohi village in Kamrup district of Assam. When he lacked money, he cut wood and sold it.

His life changed on a sunny day in 2001, when he saw children from his tribal village collecting firewood instead of going to school. “Deep in my heart, I decided to pick them up, round them all up, and teach them the basics of parenting, but I was helpless,” Teron says. Outlook.

Today, around 700 underprivileged children study at his Académie Parijat, which he created in 2003 in a former stable. “The challenge was to bring the students together… Most of the parents in the hills had no idea what school education meant. At first they were reluctant to send their children to me,” he says.

Nonetheless, Teron set to work, scavenging pencils, old books, and satchels from nearby villages and lodging the academy’s first four students in his own home. “My mother cooked and fed them. We used to eat together,” he says. When the number of students reached 32, Teron borrowed Rs 50,000 from his parents to build two classrooms at his home.

As the number of students grew, Teron’s life changed again. There was no more room for paan-shop banter, because his students had begun to refer to him as “Sir” with a sense of reverence. He also had to tirelessly search for old stationery and miscellaneous items to keep the school running. A small article in a local newspaper in 2005, asking for help for the Parijat Academy, opened the floodgates for donations.

Today, the Parijat Academy has about 700 children from 15 tribal villages and 25 teachers. The school follows normal hours, with classes from Kindergarten to Class X, and has two hostel buildings. In addition to the regular programs, the school also offers courses in computer learning, sewing, sports, dancing, etc. In 2011, Uttam Teron received the CNN-IBN Real Heroes Award for his contribution to the education of children.

“Many foreign students visit my school during their holidays and teach the children. I also have visitors from Germany, the United States, the Netherlands, France and Bolivia,” he says. Employability is central to Teron’s educational philosophy. In Assam, unemployment is a major concern.

Parijat Academy also offers training in making toys and decorative items, which students sell to visitors. “Many foreign visitors buy them for the cause. I want my children to stand up after they finish school. Without skill in today’s world, it’s hard to sustain yourself,” says Teron.

(This appeared in the print edition as “A School in Time”)

Did you like the story? Do you or your friends have a similar story to share about “ordinary” Indians making a difference in the community? Write U.S. If your story is that compelling, we’ll post it online. Click here to submit.