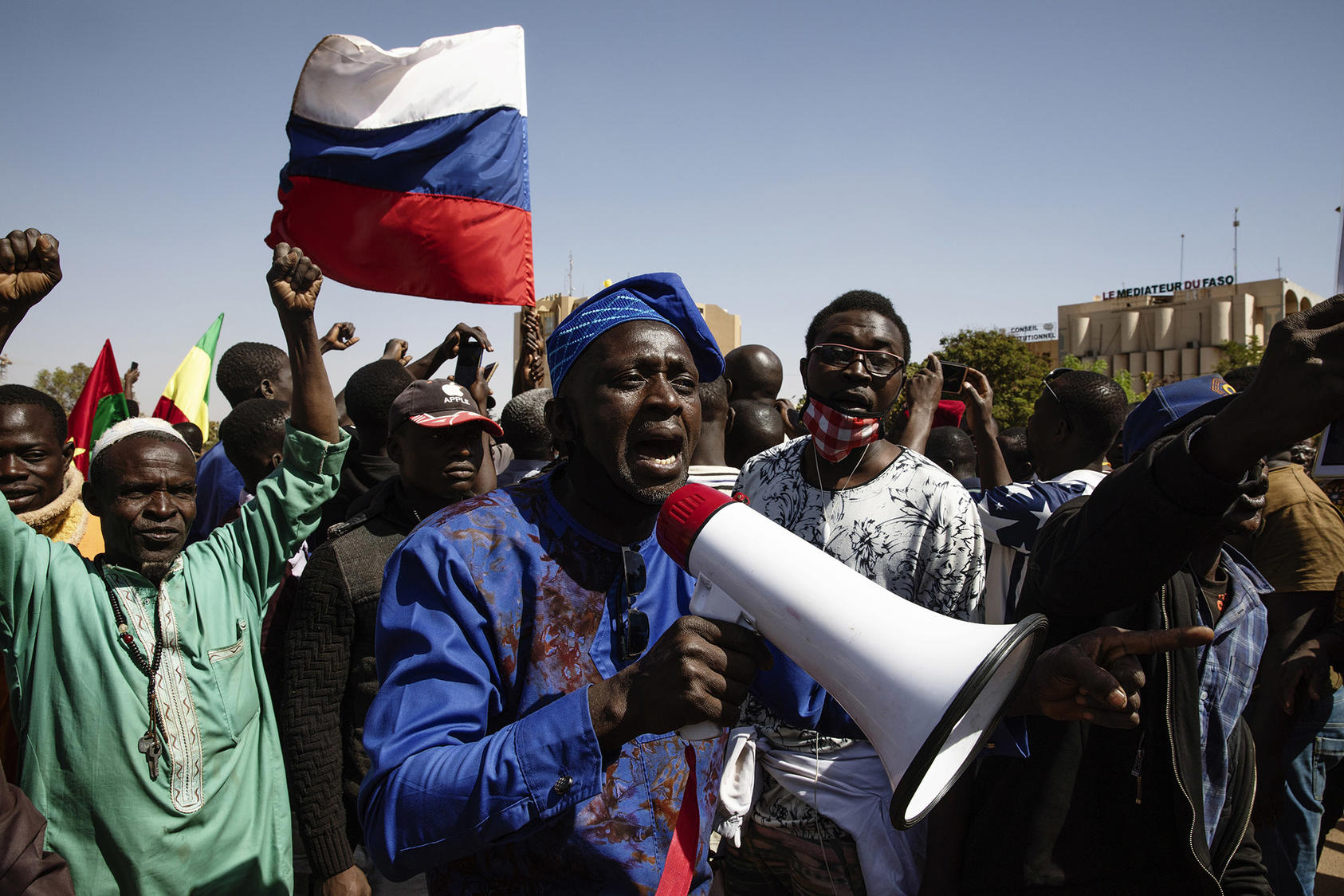 “These coups do not signal that democracy in West Africa and the Sahel is dead, but rather that it is part of a bigger puzzle: cultivating governance that is accountable to the people, that listens and meet its needs,” said Kamissa Camara, a former foreign minister of Mali who helps guide USIP’s work on the Sahel. “Where that listening and accountability is interrupted, even a system that uses democracy forms— say, parliaments and elections — becomes an empty shell that can be overthrown by a coup,” Camara said after moderating a USIP forum last week on the issue. “The essential need of any nation is that its citizens define how democratic principles apply to them, in their own realities. So, the political challenge now for major democracies is how best to ally with those in the Sahel who are defining and cultivating their own locally rooted democracies.

In a series of USIP essays and forums, a range of U.S.-based policy experts offer specific priorities and actions with which the U.S. government and others can strengthen democracy and begin to reverse the blows. State military around the Sahel.

1. Major democracies have focused too narrowly on countering extremism in the Sahel by building up armies or police who then use indiscriminate force, injuring civilians, undermining elected governments and setting the stage for coups. State. Thus, democracies must rethink both their strategies against extremism and their security assistance.

“You have France, the United States and other European partners coming in and basically pursuing a set of very hard-line strategic interests, which I don’t think are particularly well balanced with the values ​​that we espouse in terms of democracy and civil rule,” said Atlantic Council expert Cameron Hudson. Armies and police forces aided by democracies “are themselves, in many cases, the worst civil rights violators and perpetrators of atrocities in the region, in some cases even more so than groups jihadists we claim to be fighting,” Hudson said.

Josh Meservey of the Heritage Foundation agreed with Hudson that democracies should rebalance aid programs to help civilian governments improve their performance. In the fight to undermine extremism, “the civilian elements should be at least as competent as the military elements”, argued Meservey.

The United States and its allies should divert their aid programs away from creating elite counterterrorism units, said Joseph Siegle of the Defense Department’s Africa Center for Strategic Studies. Recipients specialized operations training committed the January coup, and a precedent, in Burkina Faso. The September coup in Guinea was carried out by an elite unit in the middle of a training program by US Army Special Forces. Such incidents show “the problem of having elite forces that operate outside of standard command and control structures,” Siegle said.

Security assistance should build “the capacity and effectiveness of all military institutions and command and control structures rather than focusing so much on these elite forces,” Siegle said. And military assistance must focus more on strengthening the norms of civil-military relations, he said.

2. The United States and the international community must earnestly support democratic African culture and governance as they did in Eastern Europe a generation ago. The United States is slow to use even the vital tools it has, including the Global Fragility Act of 2019.

“When countries are really struggling towards democracy, towards good governance, that’s the moment the international community really needs to support them,” said Mvemba Dizolele of the Center for Strategic and International Studies. Mali is a country whose people have struggled for decades to consolidate a democracy despite crushing poverty and growing violence in the region, but with too little support from the international community, Dizolele said.

“We are placing so much burden on these countries in transition to democracy, expecting them to behave like Norway, when in fact they need all the support we have given to countries in Europe in transition” after the end of the Cold War, Dizolele said. . “No country in Africa has received this level of support.” Democracy policies and aid must be long-term – sustaining a given country’s efforts for “a decade or two”, Siegle said.

Support from donor countries failed to kick into high gear, even when protests and contested elections (frequent triggers of coups) sparked warning signs that fledgling democracies were in jeopardy. It is striking to read a review of just 10 months ago, listing countries in the Sahel that had recently suffered disputed elections – Niger, Chad, Mali and Burkina Faso – and which have since suffered coups or coup attempts. ‘State.

The researchers’ suggestions are supported by new analysis this week by researchers from the US Naval War College and the University of Kentucky. They point to two specific structural problems that create conditions conducive to coups: extreme poverty (a long-recognized nursery for coups) and what scholars call “anocracy– partial, hybrid or hollow democracies that may include elements of both democratic and authoritarian rule. “Most states that have recently attempted a coup can be classified” as anocracies — either hybrid regimes or “nascent democracies that lack consolidated institutions and norms,” the authors write.

Researchers urge the United States to apply recently improved but underutilized policy tools. USIP’s Edward Burrier suggests greater investment by the still fledgling international development finance firm in “Sahelian economies that lack the money to fertilize entrepreneurship”. Thomas Sheehy, Hudson and others at the Institute are urging the US administration to act immediately to advance the implementation, stalled for more than a year, of a revised US approach to fragile states through the new global fragility strategy. Hudson urged the US government to fill “the void in our policy” created by the vacancy of the post of US special envoy to the Sahel. “We need to be at the table diplomatically” at the Sahel regional level, he said.

3. Democracies need to make their policies more effective by allying themselves more broadly with legitimate partners, especially in civil society and at the local level, rather than working too narrowly through central governments.

In promoting resilient democracy across the Sahel, wealthy democracies “at best…can join partners on the ground who are committed to this work,” Meservey said. “Our laser focus must be on local actors who themselves have some legitimacy…who are fighting for better governance and democracy,” he said. Meservey insisted that politicians avoid “trying to impose some sort of model of governance”. He and others have highlighted the need to help civil society expand the inclusion of marginalized communities – typically women, youth, and ethnic or religious communities – in the governance of fragile democracies.

Where politics engages central governments, Siegle urged increasing support for institutions beyond “superpowered executive powers.” This should strengthen the independence of legislative assemblies and electoral and judicial authorities, as well as the news media.

U.S. efforts are “struggling with how to engage” even the strongest pro-democracy movements like in Sudan, Hudson said. American diplomacy is “not specifically designed to engage in mass protest movements or even broad-based civil society,” he said. A first step could be to increase the role of institutions such as the National Endowment for Democracy and its affiliates.