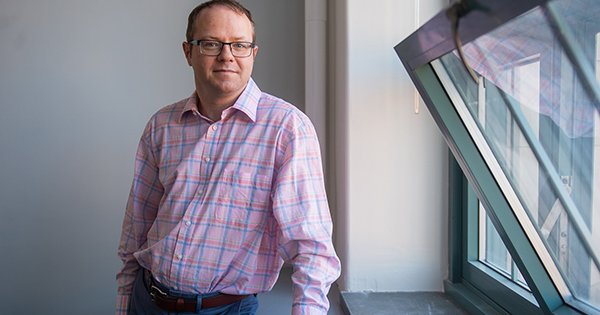 In February, the The Intergovernmental Panel on Climate Change (IPCC) has released its grimmest predictions health of the planet: “The increase in extreme weather and climate”, he warned, “has led to irreversible impacts, as natural and human systems are pushed beyond their capacity to adapt “. Later this spring, the IPCC will outline the work that needs to be done to avert the worst of the climate catastrophe. One of those responsible for developing its recommendations is Benjamin Sovacool. An internationally renowned social scientist and climate change expert, Sovacool is the new director of Boston University’s Institute for Sustainable Energy (ISE), a center for sustainable energy research and policy solutions.

“There are plenty of challenges ahead,” says Sovacool, who is also a professor of Earth and Environment at BU College of Arts & Sciences.

Given the breadth of solutions needed to solve these enormous problems, Sovacool is helping ISE continue to expand into a university-wide center, welcoming expertise from all sectors and schools to broaden the orientation of sustainability at BU. In addition to looking at ways to replace existing fossil fuel infrastructure with low-carbon or zero-carbon alternatives, such as wind, solar and hydropower, Sovacool says one of the largest challenges is to figure out how to do it in each part of the world. in a fair and equitable manner.

“Fifteen years ago it was rare to see the word ‘justice’ next to things like ‘electricity’ or ‘electrons’,” says Sovacool, who was formerly at the University of Sussex in the UK, where he was the director of the Sussex Energy Group and the Center on Innovation and Energy Demand, as well as a professor of energy policy.

“The transition to renewable energy is the most important undertaking in our modern history and we must do it quickly and sustainably, but also equitably,” says Rebecca Pearl-Martinez, who joins Sovacool at ISE as its new director. executive. “We have to make sure no one is left behind.”

An expert in bringing women and marginalized communities around the world to the forefront of renewable energy policy, Pearl-Martinez was previously a senior fellow at ISE and worked with governments and the United Nations on climate and energy policy in Latin America and around the world. South.

Climate and environmental justice efforts — like addressing the dominance of heavily polluting power plants in low-income neighborhoods and communities of color — are increasingly being embraced by the science and environmental communities, Sovacool says; but no one has figured out how to perfectly execute a city or state decarbonization plan without some kind of compromise or negative consequences. Pearl-Martinez gives an example of research she undertook for an international organization Sustainable energy for all: An energy company in Kenya can expect to extend energy services by accepting payments over the phone, but many women heads of households do not have access to telephones and could not access this service.

“Energy policy and climate technology are not just economic systems, they are also systems that can ruin lives, systems that can create wealth, limit the supply of education or empower women,” says Sovacool. “There are all kinds of very complex interactions that research hasn’t focused on in the past.”

In the past year alone, Sovacool has published articles on Estonia’s energy transitiona solar microgrids and low carbon energy transitions in rural Ghana, equity-related complications caused by low-carbon technologies, such as improved cookstoves and solar home panels, and dozens of other studies that examine the social and behavioral aspects of energy policies in different parts of the world.

One of his papers, which recently won an award from the American Association of Geographers, examined four different pathways to clean energy in vulnerable communities in France, Germany, Ghana and the Democratic Republic of Congo. He and his co-authors discovered the negative consequences associated with all four scenarios, including worker exploitation and electronics pollution. However, they also have stressed the urgency policy makers to reduce inequities from the start by looking at the whole process, from workers to consumers, asking the question “Sustainable for whom?

In the Estonia study, for example, Sovacool found that transitioning to clean energy would cost some people their jobs or trigger disputes over land use. But, “there are also major injustices in doing nothing,” he says, “because if we don’t change, then there are more emissions, more oil spills, more soil contamination, emissions of particulates and emissions of other air pollutants that scour the rest of Eastern Europe.And how is a policy maker supposed to manage this complexity and uncertainty?That is the challenge.

Sovacool and Pearl-Martinez see ISE, and the entire BU community, as well positioned to provide solutions to these complex issues. As difficult and increasingly urgent as the work of scaling up low-carbon technologies can be, the growing adoption of climate justice initiatives around the world gives Sovacool hope.

In the chapter he led for the next IPCC report, he and other researchers focused on the progress of climate action by non-state actors – cities, businesses and social movements. And in the next 10 years, he says, non-state actors will save more carbon than many countries. There are currently 50 different places around the world, including the United States, taking climate action with justice and equity at the forefront.

“It shows that we are going beyond national politics,” says Sovacool.

This is reflected in the transformation of ISE into a center for scientific research and collaboration throughout the University. Sovacool says ISE is launching a partnership with BU’s Rafik B. Hariri Institute for Computing and Computational Science and Engineering to focus on climate change and misinformation campaigns, and provide scholarships for studies, starting this summer, for the first time in its history. And there are plans for a new name for the center – Sovacool hopes to gather ideas – while continuing to submit grant proposals for more projects around energy justice and equity.

“It’s a pivotal moment,” Pearl-Martinez says. “There is an opportunity to address existing inequalities in rebuilding our global energy infrastructure. Energy and sustainability are relevant to many areas of expertise at Boston University, from health to finance to urban environments and beyond. We would like to see ISE become a global leader in climate and sustainability.

“What really hooked me about this job, aside from the people here, are the strengths of BU that set us apart from other top institutions,” says Sovacool. “Tackling grand sustainability challenges, including planetary health and issues magnified by climate change, is part of the vision.”