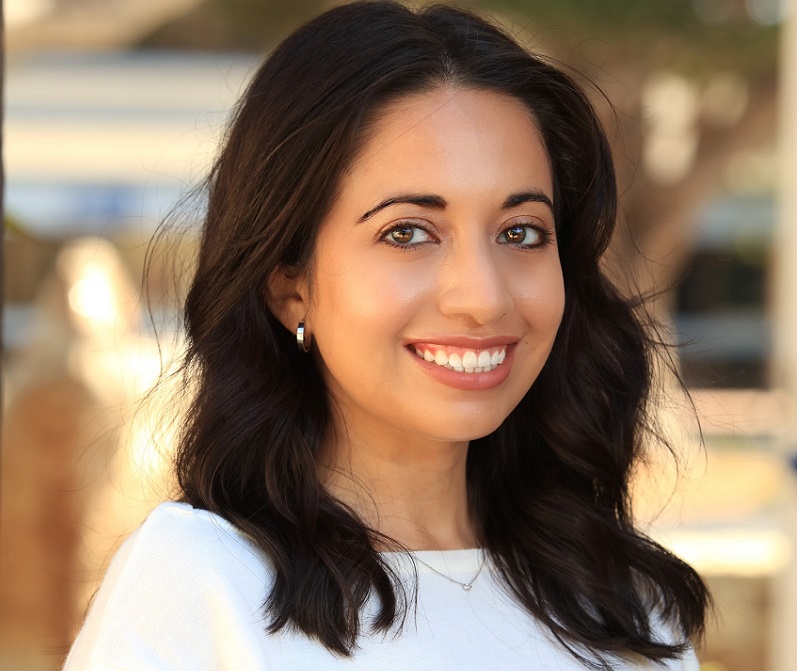 Building bridges one word at a time

For Gabriela Muñoz MACI ’23, the language has always been part of its history; it is also now his job.

Muñoz grew up speaking Spanish. When she was young, she frequently traveled from her home in Birmingham, Alabama, Lima, Peru, to visit her family there and maintain her language skills by speaking with loved ones. Once she started high school, she enrolled in more formal language classes: she studied French first, then took an advanced Spanish test. Muñoz majored in Spanish and French at the University of Alabama, studied abroad in Spain and France, constantly read and listened to podcasts in both languages, and chatted regularly with Spanish-speaking parents. . She explains: “I really enjoyed the languages. “

Muñoz went on to obtain his law degree from George Washington University, with a special emphasis on humanitarian and immigration issues. Upon entering the workforce, she quickly realized that being a lawyer was not the way for her. Although she loved her clients, she found the work very repetitive, stressful and very bureaucratic. She wasn’t passionate about what she was doing, and when she envisioned her life 10 years later, she wasn’t happy with the direction this career was taking. Even though it wasn’t an easy decision, she knew she had to make a change. However, her exposure to judicial interpretation during this period was profoundly formative; it was interesting to experience judicial interpretation as a bilingual lawyer. She had her favorite interpreters, but she also saw interpreters who did a poor job of rendering information and ideas between one language and another. There was a noticeable disparity in the quality of community interpretation, and Muñoz thought, “If I got the right training, I could do it. And that sounds like a really cool job. Muñoz suspected that there must be a need for quality interpreters. After further research, she found out there was.

So, while she was considering switching to interpretation, Muñoz reached out to her cousin, who is a conference interpreter, to discuss the profession. And that’s when things clicked. Muñoz explains: “It was the first time, I think, that someone presented languages ​​as a real career and not as a complement to other careers, which was the only way people saw it. There is real work here.

Muñoz decided that she would dip her toe in the water first to see if she had any aptitude for this type of work before fully committing to higher education. At this point, Muñoz was convinced of her decision to leave the legal profession, so judicial interpretation seemed like a natural starting point. It was easy for Muñoz to make the switch. It turned out that she did indeed have a knack for interpretation and that she loved the job. She became a certified court interpreter in Alabama, where she lived, continued her education and began to gain more experience in interpreting. “I had to learn this whole other legal language in Spanish. I had English from law school, but now I had to learn everything in Spanish; and also learn random things like how to say car parts in spanish, how to say those everyday things that you don’t get in college. If someone takes the stand and describes the mechanics of a car, I have to know how to say all of this in Spanish or understand the terms if someone who speaks Spanish gives them to me. I need to know what they mean so that I can render them in English.

Flexibility is one of the qualities that make a good performer, according to Muñoz. No matter how much performers prepare in advance, they will always encounter the unexpected and will need to adapt accordingly. This is why training and practice are so important to the profession. Muñoz’s flexibility was further manifested when she had the opportunity to put her experiences out of the courtroom, which Muñoz admits is prone to be repetitive, and on the ground.

In 2017, This american life found Muñoz’s name on the list of certified court performers in Alabama, and the radio program contacted her because they needed an interpreter for one of their episodes. After auditioning and being chosen for the job, Muñoz performed the Spanish producer interviews for eight months for a story. Since then, Muñoz has performed for a number of episodes of This American life.

One of the most striking things for Muñoz in performing the radio show was the different role she played in a journalistic setting compared to judicial environments. In court, it was not his purpose to put someone at ease and establish a connection with him. But when she interpreted for This american life, it was part of his job to put interviewees at ease and make sure their story was told correctly. Often, Muñoz was the only interpreter in a small team that relied on her linguistic expertise. She was responsible for ensuring that the voices of those interviewed were heard and preserved, and she served as a bridge between languages ​​and cultures. In other words, connection was essential.

For Muñoz, interpretation is more than a question of language: it is also a question of empathy. She must embody the person for whom she is interpreting and become her voice. However, it is a fine line to walk. She must find a way to compartmentalize and process, avoiding the temptation to get too emotionally involved. This balance was especially difficult to find with what she saw and experienced on the US-Mexico border. One of the most notable episodes she worked on involved the Trump administration Deputy or the “Stay in Mexico” policy. Muñoz traveled to the border and performed for the producers, ensuring that the personal stories of migrants affected by this policy are faithfully rendered for an English-speaking audience. This episode won the very first Pulitzer Prize ever awarded on a radio show, and Muñoz can be heard performing in the opening sequence.

Balance is also found in the intricacies of translation and transcription work. When COVD-19 hit, This american life the producers began to conduct interviews for the Zoom episodes, and as travel and on-site interpretation were no longer taking place, Spanish speakers on staff were used for these interviews. Muñoz was asked to provide translation and transcription services for these interviews to make them accessible to editors. Muñoz was especially proud of the way she was told that she preserved the voices of the interviewees.

An example of this voice is found in Muñoz’s translation and transcription work for a Washington post item, for which This american life produced an accompanying piece. She worked with interviews with teenagers who smuggle migrants across the US-Mexico border. Because the United States Department of Justice does not prosecute Mexican minors for this, these teens often experience no repercussions and may continue to smuggle until the age of 18. Muñoz personally found these teenagers hilarious; their speech was strewn with slogans and idioms in the lively and exuberant manner of teenagers. They made Muñoz laugh from parts of it, and she was given the fun challenge of deciding how to capture their voices from an audio recording and release it. However, she also had to deal with both this lightness and the gravity of the situation. “A lot of these boys are bright, they’re very bright kids; it’s just that they don’t have an opportunity. It’s balancing that dark aspect and the humorous aspect that is going to come into the play because I think both plays were very important in this story. She asks herself, “What can I do to really catch what this person is saying?” “

Throughout these experiences, Muñoz aimed to pursue graduate studies to pursue conference interpretation, and the Middlebury Institute of International Studies (MIIS) was on his radar. She heard about MIIS a few years before applying, and she decided to work on her language skills and gain practical experience in the field and ensure that she had the skills that would allow her to excel in interpretation before attending the school. She explains: “It seemed like it would be a great environment that would challenge me to grow professionally, to train myself in the field. His hope is that MIIS will open new doors for her and she will be able to continue to live diverse and meaningful experiences. “I want to get more into the world of conference interpreting. What This american life and my experience with journalists has really taught me that I love work that touches on different subjects, which is different every day. Indeed, for someone who truly loves languages, a career in interpreting and translating / transcribing means that, as Muñoz says, “you are still learning”.